Can the Los Angeles Lakers pull off the three-peat?

Over the last few years Los Angeles Lakers have been without a doubt the best team in the NBA. No matter who doubts this team year in and year out or what kind of struggles they may face throughout the NBA regular season, Kobe Bryant and company just seem to elevate their game at the right time every single year and make a charge in the playoffs in order to contend for yet another NBA title.

This season Phil Jackson and his squad came into the year with a target on their back once again as they had won two consecutive NBA titles and were favored to have a legitimate shot at winning their third in a row. This is obviously nothing new for Phil Jackson as he has won two three-peats with the Chicago Bulls back in the Michael Jordan era and one three-peat with the Los Angeles Lakers in the Shaq/Kobe era in th 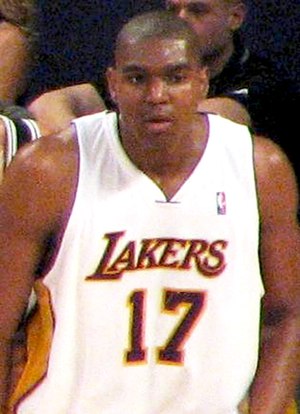 With that being said, there is no head coach in the league today that is more prepared or experience when competing for an NBA title and a three-peat for that matter. There is no question that there has been plenty of bumps in the road this season as the Lakers have had their fair share of struggles. Not only have they been banged up with injuries as they normally are throughout the regular season as Andrew Bynum missed considerable time and the beginning of the year once again, but they’ve also hit some serious slumps during the year and at one point or thought to not have what it takes to compete for an NBA title.

Fortunately, as they seem to do every single season, the Lakers have hit that proverbial switch in which they just turned it onto another level entirely with the kind of championship swagger that had over the last couple years on the way to beating the Orlando Magic and the Boston Celtics in the NBA Finals.

With three straight appearances in the NBA finals, the Los Angeles Lakers are no strangers to playoff time and knowing how to compete in order to beat the best of the best consistently. This year they might have their work cut out for them once again in the playoffs as they will have to almost certainly contend with the likes of one or more of the best teams in the Western Conference.

Even though last season was no cakewalk for the Lakers as they do have to face a very good Oklahoma City Thunder squad and the Phoenix Suns in the Western Conference Finals, this time around it will be even tougher in perhaps their toughest challenge of the last three

vericks playing at an extremely high level, the two-time defending NBA champion Los Angeles Lakers will have their work cut out for them from start to finish the minute the playoffs begin.

Personally, I still believe that no team in the Western Conference can beat the Los Angeles Lakers in a seven-game series, but they will be truly tested this time around as they can’t afford any injuries and must play their best basketball every single game from here on out.

Previous Article: Can the Grizzlies upset the Spurs in the playoffs?