The only elite team in the NBA that seemed to be struggling coming into the All-Star break this past weekend was the two-time defending NBA champion Los Angeles Lakers. With three straight losses to the Orlando Magic, Charlotte Bobcats and arguably the worst team in the league in the Cleveland Cavaliers, the Lakers obviously had problems, but fortunately this weekend they had an opportunity to put their problems behind them as they hosted the 2011 NBA All-Star game.

Coming into this All-Star game, five-time NBA champion Kobe Bryant knew that this would most likely be his last time playing this game on his home floor at the Staples Center in Los Angeles. Not only did the Black Mamba want to put on a show for the hometown Lakers fans, but he also came into this game with the knowledge that he could tie NBA legend Bob Pettit with his fourth NBA All-Star MVP award. 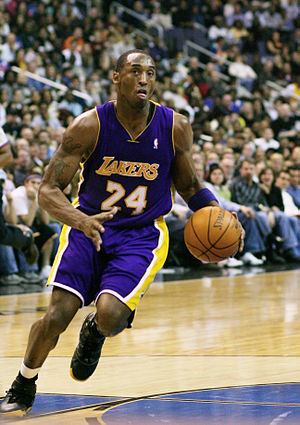 Just like Michael Jordan did back in the day, Kobe Bryant uses anything he can as motivation and he did just that this past Sunday as he was on fire from start to finish. Along with tying Bob Pettit with a fourth MVP award in the All-Star game, Kobe also came just five points shy of tying Lakers legend Wilt Chamberlain for most points scored in an All-Star game by finishing with a game-high 37.

Even though Kobe Bryant could have easily broken Wilt’s record of 42 points, he became a distributor in the closing minutes by letting the league’s leading scorer Kevin Durant (Oklahoma City Thunder) take over. Durant finished with 32 points and proved that he is now amongst the elite in the West and might get the torch from Kobe when he decides to call it quits.

LeBron James led the way for the Eastern Conference All-Stars with just the second triple-double in All-Star game history. Michael Jordan did it back in 1997, but LeBron James was near unstoppable in the fourth quarter as he got the East back into this game while finishing with a team-high 29 points, 12 rebounds and 10 assists.

Despite LeBron’s valiant effort in the fourth, it just wasn’t enough to overcome the West as they ended up beating the East 148-143. Along with Kobe finishing with 37 points and 14 rebounds for the West, fellow Lakers teammate Pau Gasol had a pretty big impact off the bench with 17 points.

The combination of Kobe Bryant and Kevin Durant was just too much for the East to handle in this one. They may have threatened to steal this game from the West in the closing minutes as LeBron just barreled his way to the basket on every single possession, but ultimately the West had the game in hand and came out on top.

LeBron was almost able to eclipse Kobe in the running for All-Star game MVP, but being that this game was in Los Angeles and Kobe had just dunked on LeBron late in the game, there was no way the Black Mamba wasn’t coming home without the hardware.

Previous Article: Nets and Knicks battle it out for Carmelo Anthony