The San Antonio Spurs continue to play consistently well as the sit atop the NBA power rankings once again. Not only have Tim Duncan and company been able to keep their loss total to just 11, which is pretty impressive to say the least, but they are considered to be the team to beat in the Western Conference from here on out.

The Spurs did suffer a slight setback recently with former All-Star point guard Tony Parker going down with a calf injury, but if San Antonio can continue to play at this level with George Hill at the point over the next month or so, they will almost certainly clinch the number one seed in the West. 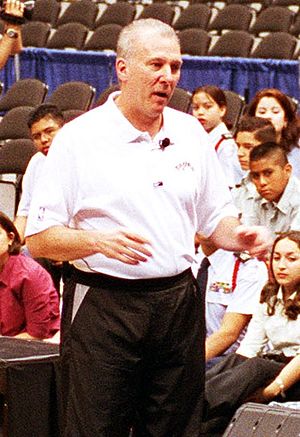 The Dallas Mavericks have played an excellent brand on basketball as of late and are just five games behind the league leading San Antonio Spurs in the Western Conference, but unless Greg Popovich’s squad starts to struggle without Tony Parker, the Mavs will probably stick at the number two spot.

Mark Cuban made another key addition recently by picking up the recently bought Corey Brewer. This could prove to be a key in the final stretch of the season as Brewer provides an extra scoring punch off the bench.

There more people doubt this team, the more success they seem to have. Along with All-Star point guard Derrick Rose quickly turning into a legitimate superstar in this league and leading the way in the NBA MVP race, the Chicago Bulls have become arguably one of the best teams in the league.

Whether or not D-Rose and company can compete with the likes of the Celtics, Heat and Magic during the playoffs remains to be seen, but with wins over the Spurs, Lakers and the Heat earlier in the season, the Bulls could be dangerous to say the least.

Not quite sure why the Boston Celtics are this far down this list of the NBA’s best, but I’d bet they will almost certainly rise higher and higher as we get closer and closer to playoff time. The Celtics did make a bold and questionable move by trading away arguably their best defensive big man in center Kendrick Perkins to the Thunder, but they should be able to continue to hold their own as long as they can stay healthy.

Things will get very interesting heading towards the playoffs as we see how well the Celtics can adjust to life without Perkins.

The two-time defending NBA champions have had their fair share of struggles this season, but they have been able to get back to form recently with five straight wins, three of which over playoff bound teams. This veteran team might still be headed for disappointment come playoff time, but right now they look about as good as it gets in the Western Conference.